The Dangers of Startup Office Space 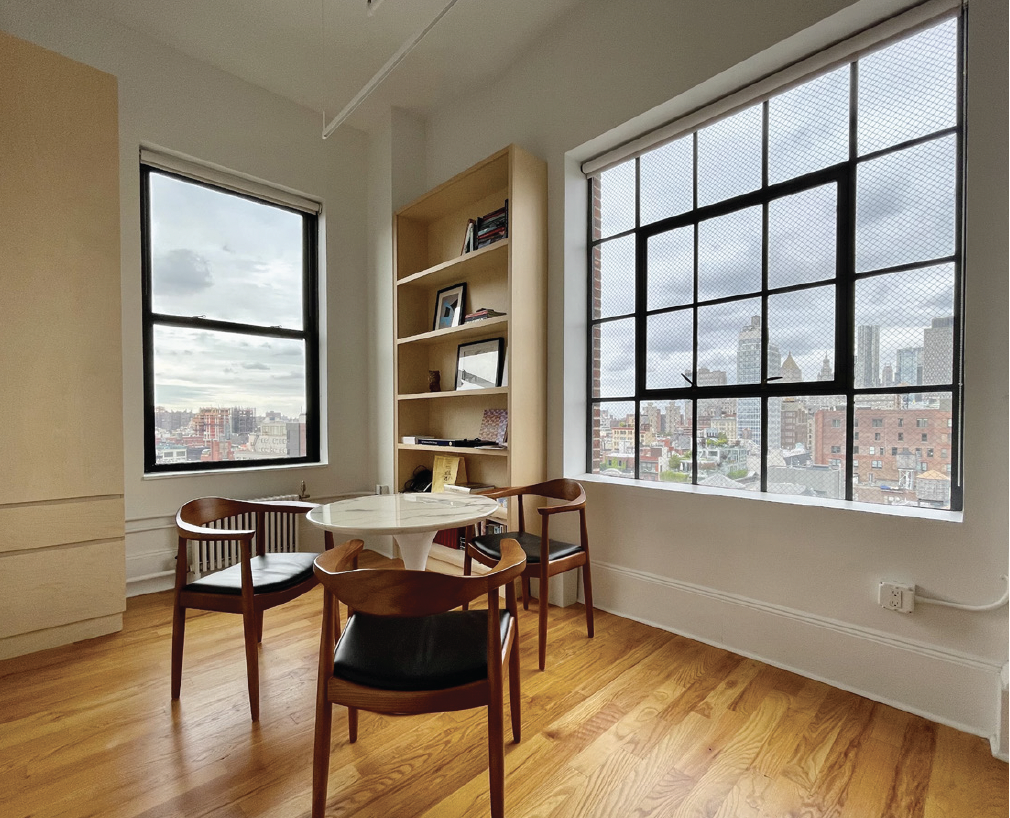 Don’t make the same mistakes as we (dub) did with our office space. Hopefully this post will help you avoid making them - but also inform you on how to evaluate getting a space today, in the future, or also getting rid of one.

And heads up - this is mainly geared towards early stage companies.

Why Office Space is a Big Decision.

Traditionally, office space is the heart and soul of your company: the physical operating system supporting your team via physical and emotional utility. From your standing desks to your Friday happy hours, the office is the heartbeat of your most important resource. Your people.

But not everyone needs an office space to replicate the effect - especially in today’s hyper remote driven world. And for early stage companies, an office space is all the more important of a decision where resources are very limited.

It’ll be much nicer for you and the company’s balance sheet if you’re thoughtful about office space. Yes the cultural piece of being in person and having a homey, company branded space is nice - but only under the pretenses that your company’s gotten the right to get a nice space by way of headcount, funding, and growth. Whether it’s a bear or bull market, key financial decisions like these, especially for early stage companies, are reflective of what you’re optimizing for as a founder. You can come across as thoughtful and conservative, or unknowingly reckless and non-prudent looking backward. I hope you won’t make the same mistakes I did by pulling the trigger on a large office space too early :).

We moved into our new office in SoHo at the end of 2021. The moment felt like a coming of age film: our team was grinding day and night in a small space in the Lower East Side, New York with manual roll up doors we had to lock every night and a small mountain of trash every week since we only had one trash day… I could go on for days about our first office but there will always be something special about the bonding experience of the original office. Cherish those moments, because they only come once. Life is fleeting.

Re: our new office - we got lucky there was available space smack dab in the center of SoHo; plus we where in a the top floor of a SoHo level high rise. The cherries on top? Balthazar is right down stairs, we have two subway stations a block away, and lunch options for ever palette imaginable (our team’s holy trinity is Chipotle, Dig, and Cava - with Upside Pizza for cheat days). The best part? three bathrooms = no more bathroom lines and four conference rooms = no more meetings in the stairwells.

It was also much more space than we needed: it’s ~5000 square feet with space for up to 35 team members at once. It was justified at the time - some quick mental calculations with a two year minimum lease informed me this would be the perfect place for our team to grow into the next two years. The past six months, our team’s definitely grown along the same number predictions I originally made - the only off variable was location. We’re now around half remote / hybrid, with only 7-8 people in the office at any given time. It’s nice to have a ton of extra space - and it absolutely feels luxurious and fitting for a well funded startup - but it’s not nice for the bank account. We’re essentially paying to only use 30% of the entire office space. I’m regretting the decision now - and actively trying to fix it by subletting out parts of our office. So if you’re looking for a beautiful space in the hottest part of town and the chance to work alongside other awesome startups while economically splitting rent in a highly flexible space, hit us up at steven@dubapp.com. I’m serious. We could use some neighbors.

But down to business - and what you’re coming here for - how would I re-evaluate an office space knowing what I know today? So before you pull the trigger on an office, consider the following points:

Are You Building Remote vs In Person?

In an increasingly remote workforce especially for technology companies, how are you going to build your team? Even if you want to build in person (like I did), how true do you really think it will be? Unless you’ll force yourself only to hire in-person candidates, I’d operate under the assumption maybe up to half your team will end up remote or hybrid even if you try and hire heavily in person. You want to make exceptions for top talent.

For example, some of our best engineers are in the Philippines by total accident, and our team plans on hiring aggressively there in the near future. I was relatively against offshore developers in the early days of dub due to my poor experience with UpWork devs in the past, but now I know my past view was completely biased and based on just a few interactions. I’ll get into the benefits of hiring offshore and our experience with them in a future post.

Does Remote vs In Person Matter to Productivity?

I love working in person. I always get in the office early morning and leave late: there’s just something special about office space to my personal productivity (for the same reason I like working in coffee shops). And I think everyone knows at this point there’s something very difficult about team building and rapport in the serendipitous moments of chatting up your co-workers or the daily rituals of an afternoon coffee break. How important is that to your team? Below are some other questions to ask:

These are all questions to ask yourself and your team when considering an office space. Be honest with yourself. Could ya’ll just make do with a small WeWork space and do quarterly off-sites to get everyone facetime?

Question #1 is can you afford an office? Given you’ve done the proper FP&A and decide you have enough money to spend on office space, the second question is can you justify the spend of an office space during a bear market? Even if you’re the hottest startup and you have infinite cash - what is the message your sending to your investors and more importantly your team if you get a huge office you don’t actually need? Decisions like this dictate the culture; if you’re spending in excess on major decisions like offices, you’re probably reflecting that same decision making on other, smaller economic decisions for the company in your day to day. That mindset will disseminate to the rest of your team slowly but surely.

Knowing what I know now, I would’ve never signed a two year lease for our office space - I would’ve asked for one max. Unless you know you’re 100% going to maximize your office within the two year time frame (or however long you’ve leased your space for), the amount of money you’re paying for office space is enough money where I’d heavily consider present and future risks of not being able to maximize your space (assuming you’re an early stage startup with limited runway). There’s too much unknown to be a betting man with office space type levels of cash.

So here’s my decision making matrix here. Ask yourself:

Do You Need Space?

If you’re looking for space to co-work out of or an awesome location for a small team in NYC, let me know.

I’m happy to make an intro to our broker - they’re excellent and service some of the top companies in NYC.

We’re also actively subletting some of our space - the top floor of a SoHo highrise. We also just happen to be surrounded by some top later stage startups crushing it and some VCs… I’m biased but there isn’t a better place to be today in terms of hiring, locational attractiveness, and lifestyle for your team! Reach out at steven@dubapp.com - even if you just want to drop by and grab a coffee.

Finally feel in control of your investments.

Share, monetize, or dub smart investment ideas. As simple as buying a stock.

Social
InstagramTwitterTikTokDiscord
Company
CareersTeamApp SupportBlog
"This material is provided for informational purposes only and is not intended as, and may not be relied on in any manner as legal, investment advice, a recommendation, or an offer to sell, a solicitation of an offer to purchase or a recommendation of any interest in any security offered by DASTA Incorporated (DBA dub or its affiliates (together “dub”)). Images and video content are shown for illustrative purposes only and are shown to reflect user experience and features available on dub. Past performance is not indicative of future results. Advisory services provided by DASTA Investment, LLC (“DASTA Investments”), an SEC-registered investment adviser. Brokerage services provided to clients of DASTA Investments by APEX Clearing Corporation (“Apex”), an SEC-registered broker-dealer and member of FINRA/SIPC. The registrations and memberships above in no way imply that the SEC, FINRA, or SIPC has endorsed the entities, products or services discussed herein. Additional Information is available upon request. © 2022 DASTA Incorporated. All Rights Reserved."